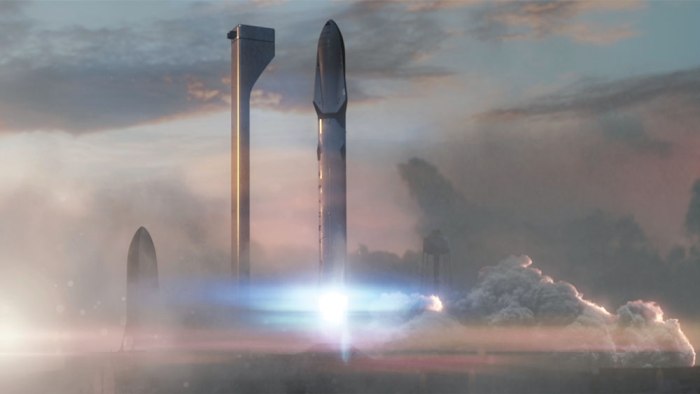 Old science fiction movies always predicted high speed transport systems that would take us across the globe in minutes rather than hours. Well, Elon Musk has it in his sights to make such a notion a reality. Speaking to the International Astronautical Congress last year, whilst mainly focused on using his Big Falcon Rocket (BFR) spacecraft to travel to the Moon or Mars, he ended his presentation by explaining another use for the rocket, one that could very well change the nature of travel a bit closer to home.

While his BFR has people’s heads in the clouds with talk of low cost launches that could send us on tourist trips around earth’s orbit or to space hotels, a more practical application is to drastically reduce the time taken to travel from one city to another here on earth. Predictions are that most points of destinations could be reached within an hour with most taking half that.

After launching, the rocket would accelerate out of the earth’s atmosphere at over 16,000 mph. Once beyond our atmosphere there is no friction or weather to cause turbulence or drag and so the majority of the trip would be calm and largely bump free. It would then use two sea-level engines to put down steadily on the landing pad at the destination after completing a trip in the time it takes most people to struggle through their morning commute.

The BFR has 8826 square feet of pressurized space within, which is even more room than the main deck of an Airbus A380, and so each journey could accommodate a large number of passengers.

So, just how much would this project revolutionize travel? A flight from New York to LA currently takes five and a half hours, SpaceX predicts that their rocket would complete it in 25 minutes. Similarly the 12-hour haul need to take you from Hong Kong to London would weigh in at a quick and concise 34 minutes!

Currently focused on a mission to Mars by 2022, SpaceX are currently using the BFR for all test flights and are looking into ways of producing the rockets at a price low enough to accommodate a network of city to city travel routes. There is currently no schedule in place for the implementation of such a system but once Elon Musk has conquered the red planet, shaking up the urban commute should be well within the realms of possibility.